In the summer of 2012, I got my first job working for an outdoor store in Utah. As part of the team, I received an Outdoor Research Ferrosi Jacket but I hadn't heard of the OR brand until then. I decided to do some “research” on my own and learned the company had been making adventure gear since 1981. OR has created many award-winning products including Lodestar Gloves, Seattle Sombreros, Crocodile Gaiters, and the Sombriolet sun hat, just to name a few.

We followed our Big Green Eggspert, Gary, out to his house for him to show us his favorite Big Green Egg shortcuts and tips.

Which Big Green Egg is Right for You?

Are you looking at the Big Green Eggs and not sure which is best for you?  Maybe you're in college, torn between the Mini and the MiniMax or you're not sure if your small family needs the Large or the XL

Which Big Green Egg is Right for You? »

Cruising Orlando on the Onewheel

I went snowboarding the winter of 2006 and then moved to Florida late summer of the following year. I knew Orlando was far from mountains I could ride, but I figured I’d get out to those places soon enough. I was wrong. I went once in the next decade and I thought I’d never get to ride regularly again until I moved elsewhere.

Cruising Orlando on the Onewheel »

Vibram recently came out with their Fivefingers V-Series of minimalist footwear and they're now available at Travel Country Outfitters in Orlando, Florida. New models include the V-Alpha, V-Aqua, V-Run, V-Soul, V-Trail, V-Train, V-Trek. These styles allow your to choose precisely what they're looking for in a barefoot shoe.

How often does a crisp winter wind make bearable the typically skin-burning Central Florida sun?  Rarely, but this is exactly what inspired me to seek an outdoor adventure.  A spontaneous sunset bike ride with my dog was in the works. At roughly 4 PM, with my large dog and mountain bike wedged in the back of my hatchback, we departed for the Little Big Econ recreation area on the outskirts of Orlando, FL. 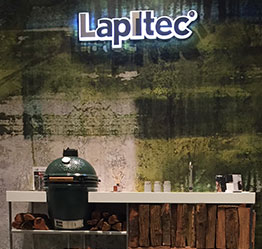 Have you been dreaming about your Big Green Egg as the centerpiece of an amazing outdoor kitchen? We have, and Lapitec S.p.A, made that dream a reality.

If you’ve ever been fishing in Orlando on a Hobie Mirage Pro Angler (12-foot version or 14-foot version), you know what it means to be in a stable boat. It’s really one of the most remarkably balanced boats I’ve ever been in. But if you haven't, let me tell you...

I’ve taken a spin on hundreds of kayaks in Orlando, many of them Hobie, but none quite like the Hobie Mirage Compass. I hopped on Lake Ivanhoe (one of Central Florida's most fun chain of lakes to get onto) and gave it a try. The boat is not over-the-top. It’s not excessive. It is, quite honestly, simple innovation after years of experience rolled into one kayak.