I’ve taken a spin on hundreds of kayaks in Orlando, many of them Hobie, but none quite like the Hobie Mirage Compass. I hopped on Lake Ivanhoe (one of Central Florida's most fun chain of lakes to get onto) and gave it a try. The boat is not over-the-top. It’s not excessive. It is, quite honestly, simple innovation after years of experience rolled into one kayak.

One of the things that makes it obviously unique is the MirageDrive pedal system. If you’re not familiar with it, this is the pedaling system that allows you to use your legs instead of your arms to power your kayak forward. Our legs are the most powerful muscle group in our bodies. It takes kayaking to a whole other place. 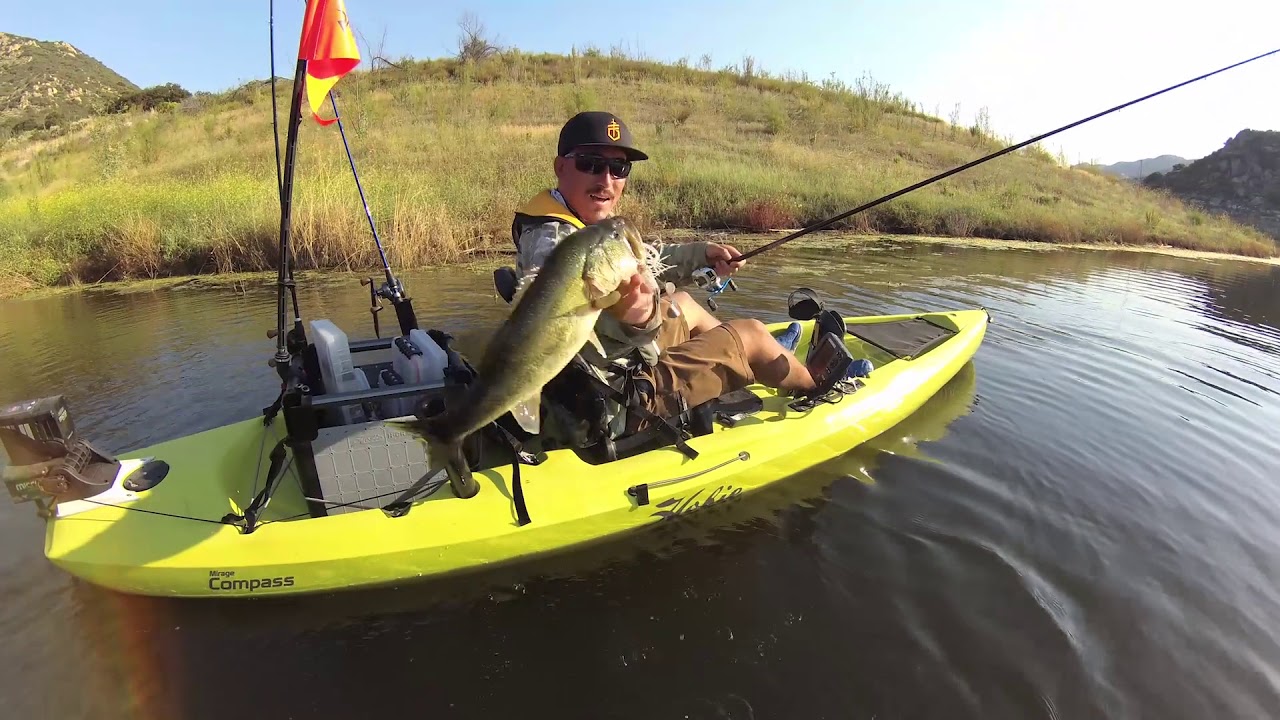 The kayak itself is one of the more manueverable I’ve been in. And if you’ve done a fair bit of kayaking, you know that there’s always a balance between speed and stability. Usually, the faster something is the less stable it is, and vice versa.

The Hobie Compass Kayak is a great balance of speed and stability.

Because the boat is light you can gain speed easily. Yet because of how the underside of the boat is built up, you maintain balance and tracking, but not so much that it impedes your momentum. Then, when you start to use the rudder, the control is next level. It enables you to counter-steer for wind, waves, and to keep your tracking lines perfect.

When you add in the fact that you can generate power from your legs, you have a weird hybrid of power, speed, and stability. Together, these attributes make for a superb boat. 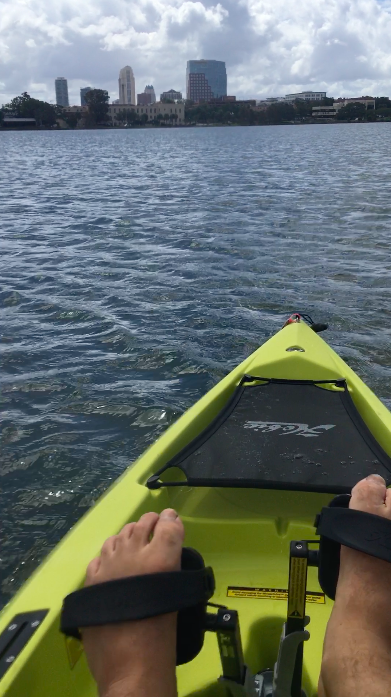 Added to the boat itself, the accessories are pretty fantastic. The forward storage area is awesome, in part because you're not confined to using a bow hatch. You can hold any number of things in it (some of which don’t have to be the shape of the container, as it would be if you had a bow hatch) because they can stick out the sides. The goal here is to keep things reliably in the boat rather than out of sight. And call me crazy, but I personally don’t ever like opening up a big cavity in my boat that, if it took on water, could sink me.

Despite that, there is also a dry storage right in front of the seat in case you want to keep something dry and free from losing in the water. Additional storage can be found directly behind the seat (with bungee cords to hold things down), under the seat, and even on the side of the kayak to hold your drink.

Traditional mounts adorn both sides of the kayak, for any GPS, rod mount, or other accessory you might like to add.

The seat is also great! Being seated for a long time can give you a sore bum, so good innovations on seats can help substantially, both in your longevity on the water and in your general comfortability. This seat allows you to basically be somewhere between a seated and a squatted position, which I love. A squat is one of the best resting position for us physiologically, as it works muscle groups throughout the body, which consequently keeps your circulation flowing even though you’re not moving. This isn’t quite a squat, but it’s close.

And sometimes kayak seats can be complicated, but this one has one set of straps that raise/lower it to where you want it and another set that change the angle of the backrest.

All-in-all, the boat is very maneuverable, quick, versatile, and just a lovely ride. If you’re interested in a well-rounded boat that's perfect for Central Florida and can help you do (with ease) a number of different fun activities, give the Hobie Mirage Compass a go!