Why do we backpack? 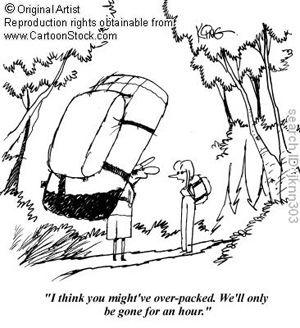 I gave this article out during our Backpacking 101 class.  I think it is a very interesting look at the nature of humans in the outdoors.  We all have our own vocalized reasons for being a backpacker... but perhaps there is more to it...

Why do we backpack?

Why do we backpack? Or for that matter, why do we go outside the city at all? It seems like the people who go outdoors have an instinctive need to be there. If they don t they seem to be fairly certain they will go insane. But not everyone really cares or wants wilderness or solitude. Some people are terrified with the idea. Some people are terrified with the idea of there not being any wilderness at all.

With the creation of wilderness areas, there is always resistance. People with short term interests abhor the idea of locking away land that can be used in the here and now. Tree huggers, fern feelers, bird watchers and other assorted nature lovers can never seem to put their finger on why they want wilderness. The concept is like a slippery grape seed.

Edward Abbey had a nice explanation for wilderness, it is Because we like the smell of danger, because we like the taste of freedom . Yes, freedom and danger can be combined, a lot of people like to anyway. You can't have some danger without the freedom to experience it and if the danger is dulled by the lack of freedom it just changes the type of danger. Freedom itself is dangerous in its own ways to some people as Ed surely knew.

Aldo Leopold said ...too much safety seems to yield only danger in the long run. Perhaps this is behind Thoreau s dictum: In wildness is the salvation of the world. Perhaps this is the hidden meaning in the howl of the wolf, long known among mountains but seldom heard among men. Ahh, Aldo, you re the man! But why doesn t everybody hear the howl of the wolf and feel their blood stir with excitement in anticipation of the wilderness? 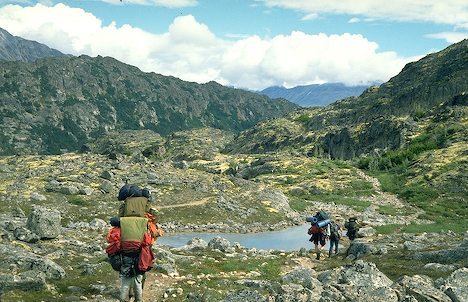 Perhaps television and concrete and electricity and booze and crack and violence and apathy and urban fear are enough for free people. I contend though, that once someone is introduced to wilderness, to the concepts (there are many) and freedom of being in a place where there is no electri-city, things will change. Thoreau was right, in wildness does lie the salvation of the world - in the balance between the city and the wilderness and the tree huggers and loggers.

There is a need among the folks who do journey outside the city, and perhaps the need is there in the people that don t, they just don't realize the wilderness will cure that achy feeling. Perhaps wilderness isn t the best solution, but it s worth a shot. To take the freedom of the wilderness for granted is to risk losing it - a dangerous thing indeed.

Thanks to thebackpacker.com posting the article here.