Orlando Gear Review: The Big Green Egg is the Best Grill You'll Ever Use

I was at Travel Country Outfitter's store near Orlando when I saw the Big Green Egg the first time. Honestly, I thought it was a little strange looking. I quickly became an egghead once I tasted food cooked on it for their annual Central Florida Clearance Sale. After that, I was sold and began to research the science of these funny-looking grills.

Along the way, I learned that the Big Green Egg had been around for 30 years and already owned a great reputation. In fact, one of my buddies who is a professional chef in Orlando was crossing his fingers that one of his friends or family would gift him and his fiance  the large Egg which was on their wedding registry. 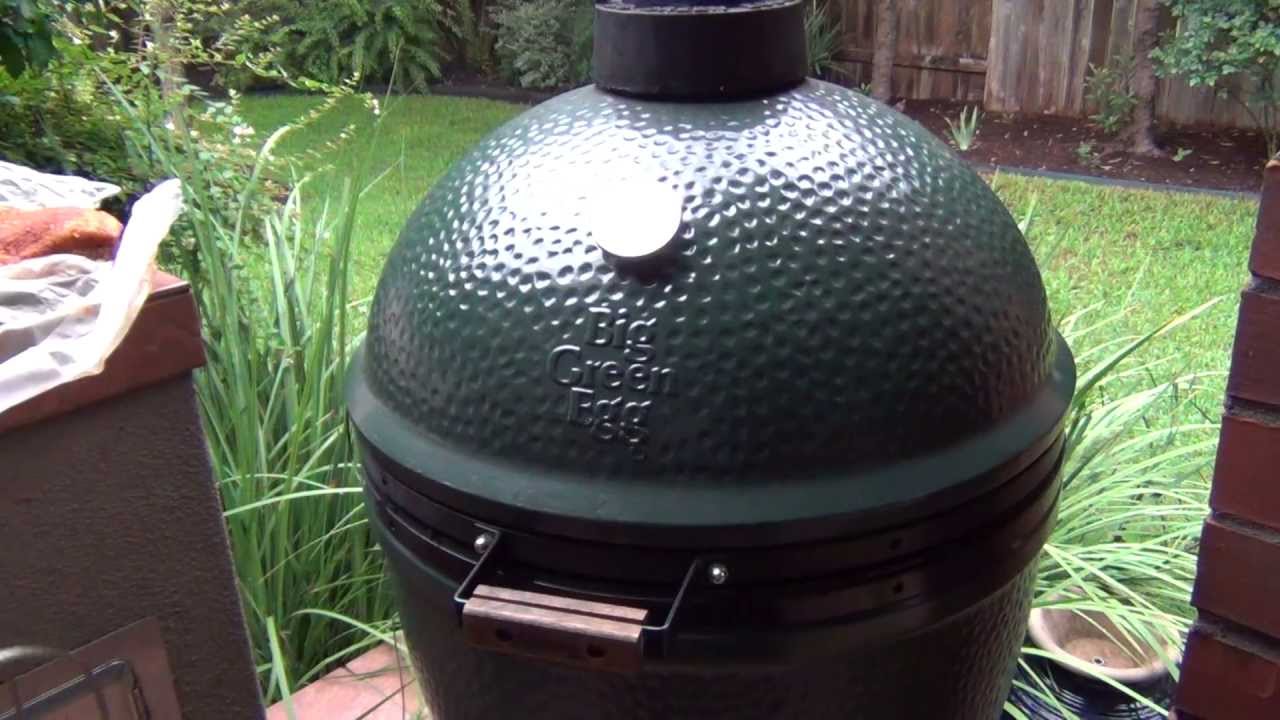 Just last week, in fact, as I was at a house-warming party where they used a Large Egg in the most diverse ways, from smoking ribs to intensely heating kebabs. We cooked on that Big Green Egg a half-dozen different ways. I also had a buddy meet me in the park so we could experiment cooking on it further.

From each of my experiences, in Central Florida and elsewhere, here’s what I found:

EASY TO SETUP AND USE
To get the Egg going, you add only natural charcoal (not lumpy briquettes) and a natural fire starter, then you light them—preferably with a long match or gas lighter. Once the fire starts (after about 10 minutes or so), you can shut the lid. At this point, it’s time to get the grill to your perfect temperature, which you do by adjusting the bottom draft door (which deals with air intake) and the dual-function metal top (which acts as ventilator). 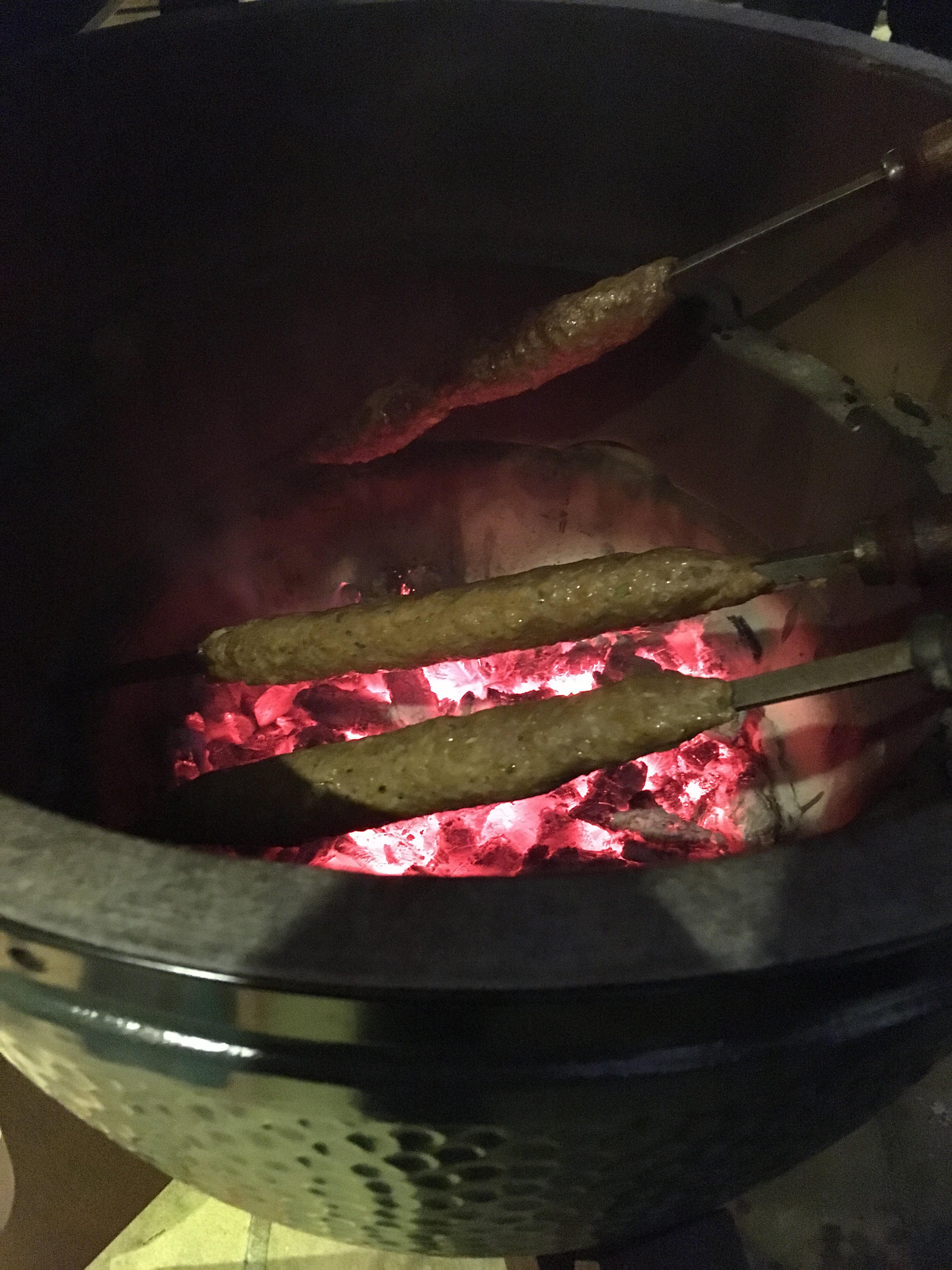 If you want a low temperature, open both the draft door and the metal top as much as you can. If you want a high temperature, keep them closed. And any temperature in between, adjust each of them accordingly. How do you know what temperature it is? Great question. Just look at the thermometer mounted in the top outside of the grill.

EFFICIENT
The ceramic maintains a consistent heat that perfectly cooks to whatever specification you’re looking for. Opening/closing the draft door and metal top help you to key in precisely on what temp you’re looking for. And because you’re using actual coal, it burns better and it’s easy to use again on subsequent grill outs. 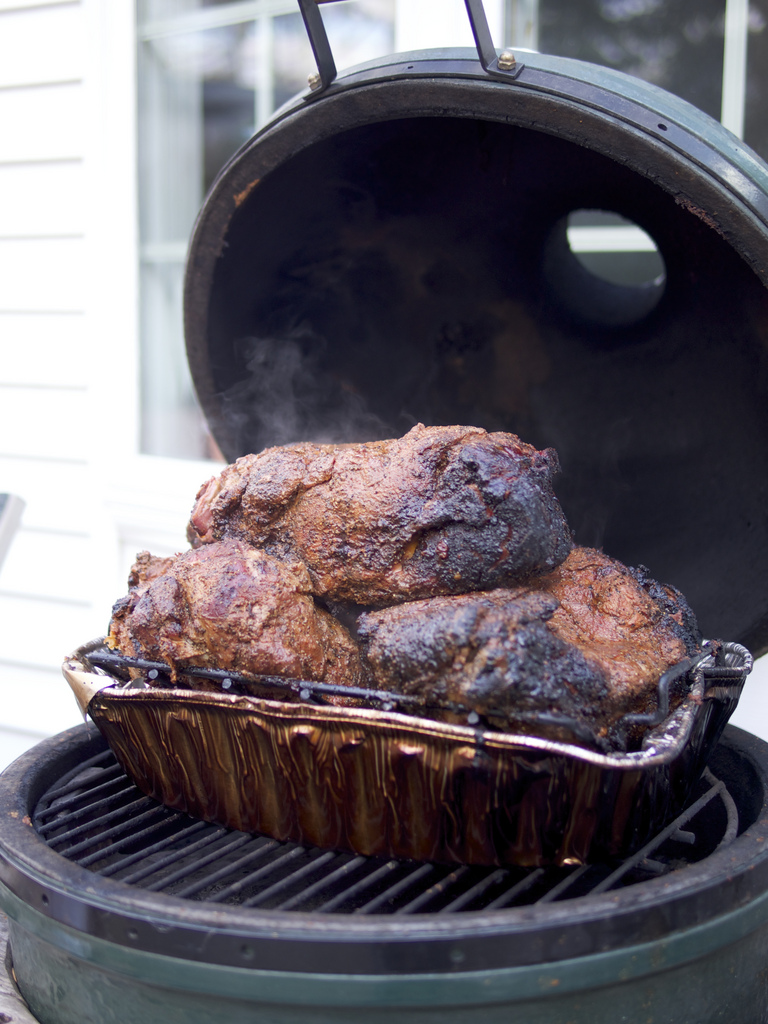 VERSATILE
What kind of food are you looking to cook? Steaks? Vegetables? Burgers? Kebabs? The Egg makes it relatively easy to cook however you’d like. On the grill, smoking, baking, over open flame. You name it. For me, the most interesting was the kebabs, in part because I hadn’t cooked them before. But the metal skewer in contact with the ceramic heated the skewer to the temperature of the Egg, and hence heated the meat wrapped around the skewer (from the inside) while the external heat sears the outside. Easy, perfect. It tasted amazing.

SIMPLE CLEAN
Once you’re done cooking, close the draft door and metal top and leave the egg closed for 20 minutes. That’s it. The lack of airflow will naturally kill the flame.

Once it cools, you’re ready to clean up. Most grills are so difficult to clean with all the grates, utensils, and nooks and crannies. On the egg, there aren’t any corners and there is a device to scrape the grill efficiently. For the ashes, you just open up the door at the bottom and scoop the ashes out.

The Big Green Egg really is that superb. Why I just caught wind of it I don’t know, but I’m glad I did; there are many more cooking adventures yet to come. If you're using one in Orlando, set a place for one more, I'll be there in a minute.